A Story, Some Art and an Announcement

I should start with the announcement, but I’m not going to. I’m not in the newspaper business any more and I’m under no obligation to invert the pyramid. I’m going to save that for last.

First off, I’ve completed a novella, “Investigation into the Velazquez Shooting.” It’s about 23,000 words long. I wrote it for alternatehistory.com, and response was generally favorable—people were intrigued and drawn in at the beginning and frightened and deeply moved by the ending, which is what I was going for. But it’s in the Writer’s Section, where only members can read it. So I posted it here, here, and here. Here’s some art I did for it. 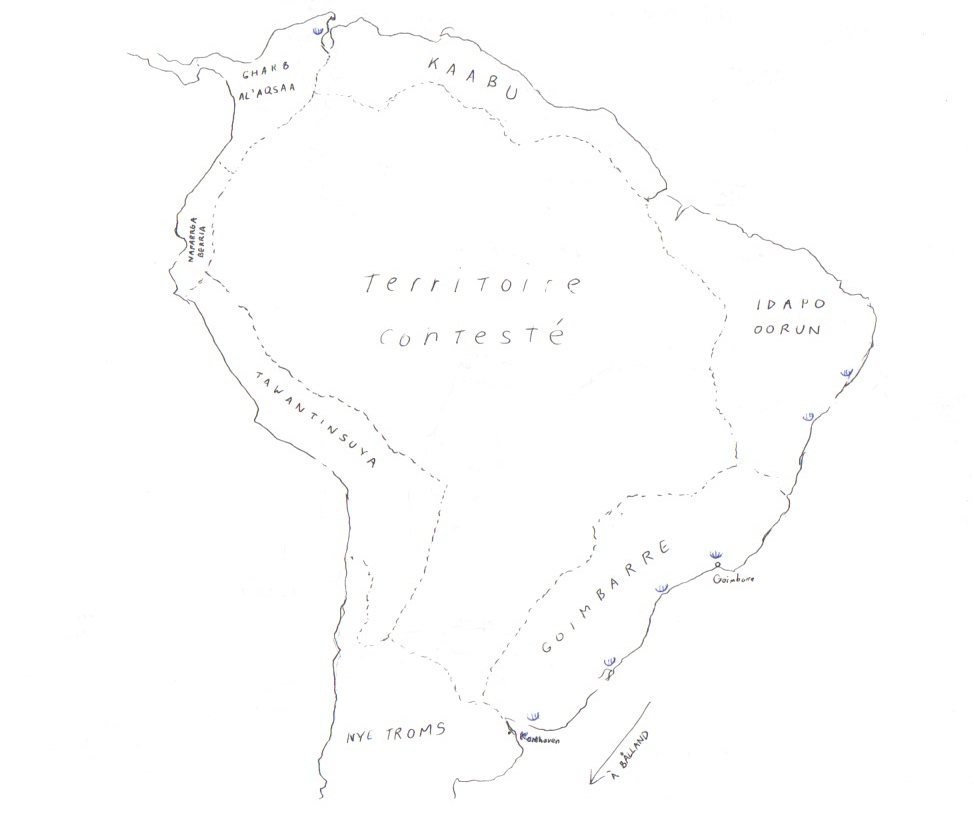 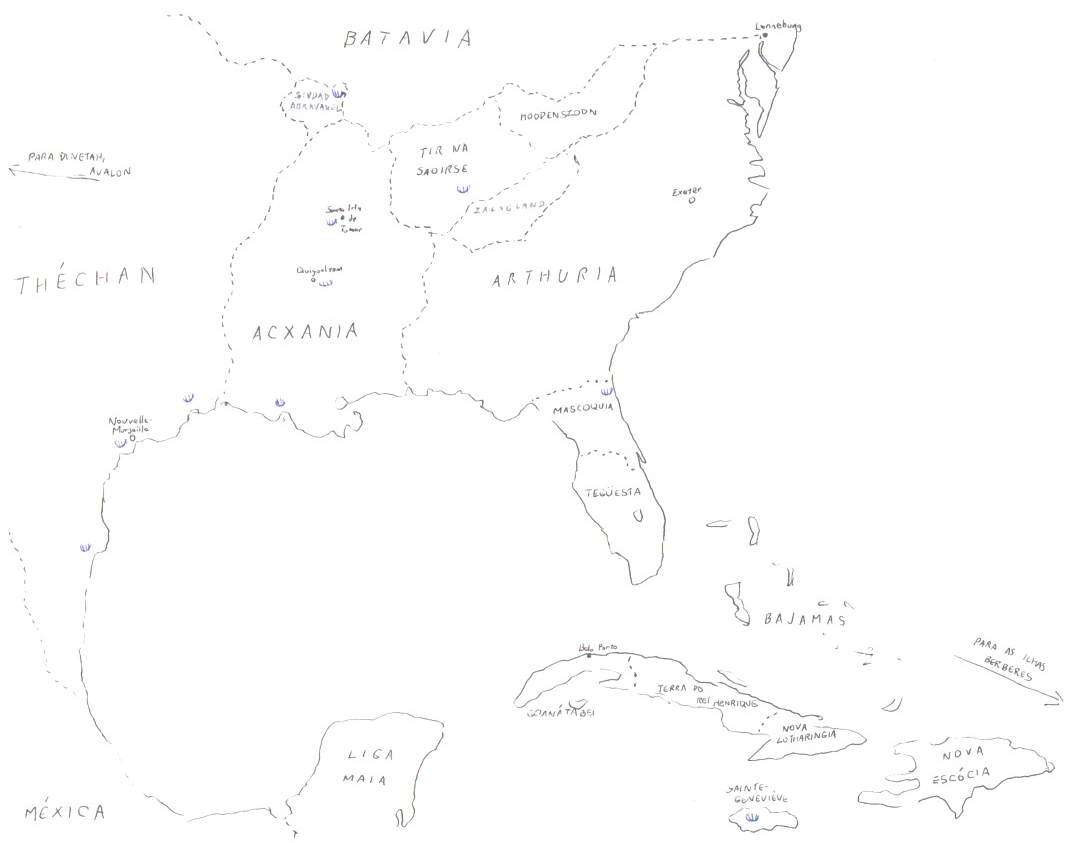 You’ll have to read the story to find out the relevance. I started with the idea of a traveler or tribe of travelers among alternate timelines, like the Manni in Stephen King's Dark Tower series. Then I thought about the Required Secondary Powers that such travelers would need—the ability to blend into any crowd, understand any language, and so on. I soon realized those powers would make these people very scary and very dangerous if they wanted to be.

Because “Investigation” is written with the false-document technique and consists mostly of transcripts of police interviews, emails, etc., writing it was a lot like writing a play. I’ve written elsewhere about the joys of writing plays and how it differs from other forms of storytelling, but here’s the main difference: When I’m writing a novel, I have a very clear image in my head of what my characters look like.

Take Isabel Bradshaw. I can tell you her age (in her twenties) exactly how tall she is (5’6” in her stocking feet). I can’t put a number on her weight, but I can tell you her build is strong and healthy, if on the heavy side. I can tell you her complexion (fair skin that turns pink when embarrassed or angry), the color, texture and usual style of her hair (a light brown that doesn’t quite qualify as blond, straight and generally kept in a ponytail), and the color of her eyes (gray-blue). I can tell you that she doesn’t dress up or bother with makeup unless it’s a social occasion, and never wears uncomfortable shoes. If it sounds like she doesn’t give much thought to her appearance, I can tell you why—although she’s good-looking, she has two sisters who’ve both been judged more conventionally attractive than she is, and her pride and sense of accomplishment come from things that have nothing to do with her looks. There’s a much longer story (which you can find in Altered Seasons: Monsoonrise) that explains the shoes. I can tell you about her family, where she’s from and most of her previous romantic partners.

In fact, I’ve done some artwork. (Until I start getting fan art, this’ll have to do.) Here’s a young Carrie Exter seducing Roger Camberg, here’s Sandra Symcox arriving at her father’s house at the beginning of Altered Seasons: Monsoonrise, and here’s Isabel taking a moment to secure Jerome Ross’s well-being in Altered Seasons: Age of Consequences. Rome came out looking a little more like a junkie than I intended, but in this scene it is very late, his hairstyle isn't too flattering and he is very disheartened and very drunk. (Also, I’m going to change the line from “DWI” to “DUI.”) Other than that. I’m satisfied with how they all turned out.

By contrast, there’s very little I can tell you about the appearance of Raphaelle “Riffraff” Hendrickson, the Internal Affairs officer who emerges as the protagonist of “Investigation into the Velazquez Shooting.” I certainly can’t draw a picture of her. The only physical detail that emerges is that she’s smaller than John Doe, which is not much help as he is 6’5”. I’m not sure about her family, her circle of friends outside of work, or where she comes from other than somewhere in the South.

What I can tell you is that she has the intelligence and imagination to look at an unfamiliar situation, see all the ways it can go wrong and plan around them. She is deeply principled—the sort who will turn in her friends if those friends do wrong. (There’s a reason she’s in IA.) She also has a slight death wish—not out of self-loathing, but simply because being that deeply principled is hard work which in her case has turned out to be particularly thankless, and there’s a small part of her mind which sees the possibility of violent death as a kind of early retirement without the hassle of having to support yourself until Social Security kicks in.

Basically it’s more like writing a play. Only the essence of the character is within my power. Apart from that, Riffraff can be anything you like. She can be black or white, short or tall, within a fairly broad age range. If you want to picture her as a blonde with big ol’ backache boobs, you have my blessing. She needn’t even be as physically strong as Isabel—the situation she’s in is one where strength, skill and weapons are all worse than useless. Only the ability to plan ahead and a willingness to take risks and endure pain can help her.

But at this point you’re probably wondering, “Hey, Paul, why are you writing this whole new story when people are still waiting for Locksmith’s War and Altered Seasons: Age of Consequences and further installments of The Dead Skunk? [Yes, it turns out there really are some Dead Skunk fans. Hello out there.] Also, wasn’t there some sort of announcement you were supposed to be making?”

Well, “Investigation” was just something that got in my head and I had to get it out, preferably in time for Halloween. And when you’re a writer, you never know what might catch fire—Altered Seasons started out more or less the same way. Also, it’s a great change of pace to start writing a story knowing exactly how it’s going to end. (Writing tip of the day: if you’re writing a mystery, start with the solution and work your way backward. Otherwise you may get about a third of the way into it and realize that this story is a mystery to you too. That’s happened to me more than once.)

But… yeah. Lately it’s been like a Dead-Man’s-Chest-style three-way swordfight in my head between Lock, Isabel and… I don’t know, Queen Charlotte? And I can’t afford that any more, since gig work is taking up so much of my time. And of the two novels, Locksmith's War is the one that I'm almost certain will require less writing to complete.

So I’m going to have to take charge of the situation. For the next few months I will, to the best of my abilities, concentrate my creative powers on getting Locksmith’s War completed. I’ve kept too many people waiting much too long for a resolution to that story, especially after ending Locksmith’s Journeys with what (without false modesty) was one hell of a cliffhanger.

So that’s my goal: get Locksmith’s War out in time to be published some time next year.

A Story, Some Art and an Announcement

What The Hell, Washington College?

Nothing is Scarier, but Here's… Something

Guess Who's Back? (he shrieked adverbially)